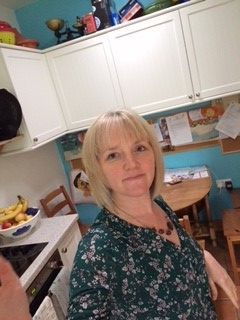 Since completing her education at the Guildhall School of Music and the Institute of Education, Anne has carved out a career as a conductor, educator and percussionist.

She has based much of her work in East Anglia and has run percussion workshops, improvisation workshops and coached numerous youth ensembles. Anne is currently musical director of many of the musical groups at Kimbolton School and St John’s, as well as the St Neots Concert Band, which she founded in 2005. She also conducts the Stapleford Wind Sinfonia and the Cambridge Symphonic Winds.

Anne is passionate about conducting wind ensembles in all their forms, and in recent years has increased her conducting commitments specialising in this idiom. She is a member of the World Association of Symphonic Bands and Ensembles (WASBE) and has recently taken part in—and been inspired by—their gathering in Utrecht in 2017.

Jane steeped down as Musical Director in July 2018 to take up an overseas teaching role. Jane was HCB's longest serving MD

Jane studied music at the London College of Music, learning trumpet with William Houghton. Jane is Head of Creative Arts at Queensbury Academy and has been the resident conductor of The Hertfordshire Concert Band for the past couple of years.